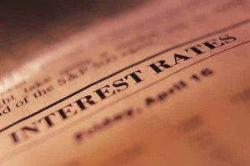 Today the Office of the Superintendent of Financial Institutions (OSFI) announced that it is considering a new benchmark rate for determining the minimum qualifying rate for uninsured mortgages.

On January 24, 2020, OSFI indicated that it was reviewing the benchmark rate (or floor) used for qualifying uninsured mortgages. OSFI has observed that the gap between actual contract rates and the current benchmark rate has widened, suggesting a less responsive floor than originally intended. The goal of the review is to identify a measure that is more accurate and responsive to market changes.

OSFI is considering replacing the current benchmark rate with the weekly median five-year fixed insured mortgage rate from mortgage insurance applications, plus a two percent buffer. This rate is also the new benchmark rate for insured mortgages, as announced today by the Minister of Finance, following consultations with OSFI and other federal financial agencies.

The proposed new benchmark for uninsured mortgages is based on rates from mortgage applications submitted by a wide variety of lenders, which makes it more representative of both the broader market and fluctuations in actual contract rates. In addition to introducing a more accurate floor, OSFI’s proposal maintains cohesion between the benchmarks used to qualify both uninsured and insured mortgages.

OSFI is seeking input from interested stakeholders on this proposal by email to b.20@osfi-bsif.gc.ca before March 17. OSFI will communicate final amendments to the benchmark rate for uninsured mortgages by April 1, with changes effective on April 6.

“Sound mortgage underwriting and B-20 contribute to financial stability throughout the economic cycle. Continually reviewing our prudential measures is part of an effective regulatory framework. This proposal aims to address the limitations of the current benchmark rate while preserving the integrity of the overall qualifying rate.”