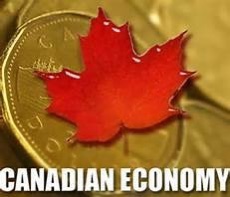 Despite generally positive economic data, particularly out of the US, the bond market entered a consolidation phase in April, putting an end to the persistent selling seen since the start of the year. Some of the fundamentals behind rising yields haven’t changed—recovery prospects remain bright and inflation continues to be a concern with commodity prices rising further and market-based measures of inflation expectations creeping higher. But with the Fed maintaining a dovish tone in the face of these developments—it still isn’t ‘talking about talking about’ tapering its QE program—yields can only rise so much.

We think the world’s most influential central bank will have to change its tune before long, as the US economy should get back to full capacity in short order as restrictions continue to be lifted, and there’s plenty of policy support and pent up savings to keep growth above trend and stimulate inflation. Even Treasury Secretary (and former Fed Chair) Yellen acknowledged rates might have to rise somewhat to keep the economy from overheating. A string of solid payroll reports and higher inflation prints in the coming months should put pressure on the Fed to re-evaluate the current level of monetary policy support, and we expect the conversation around QE will intensify over the summer ahead of a tapering announcement by year-end.

While investors are waiting for signals from the Fed, the Bank of Canada is going its own way, tapering its QE program in April and indicating rates might have to increase next year. A relatively hawkish BoC helped push the Canadian dollar to a more than three-year high at the start of May and we’ve marked our near-term forecast for the currency slightly higher. However, we still see the Canadian dollar’s strength fading later this year as the Fed begins to discuss policy normalization. We now expect both the BoC and Fed will raise policy rates by 50 basis points in 2022, while the other central banks we monitor are likely to remain on hold.

Josh Nye is a senior economist at RBC. His focus is on macroeconomic outlook and monetary policy in Canada and the United States. His comments on economic data and policy developments provide valuable insights to clients and colleagues, and are often featured in the media.