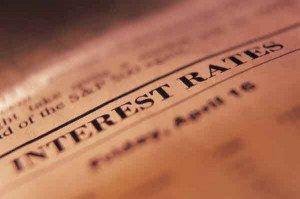 Canada's top banking regulator is proposing to raise the mortgage stress test level to 5.25 per cent or two percentage points above the market rate, whichever is higher.

That's a hike from 4.79 per cent, which is the current average posted rate at Canada's biggest lenders.

Thursday's change by the Office of the Superintendent of Financial Institutions (OSFI) means borrowers will need to prove that their finances can pay for the loan at that higher rate, regardless of what a lender is willing to lend them. This would make it harder to qualify for a home loan, shrinking the pool of qualified borrowers and ultimately bringing down some of the upward pressure on house prices in the country.

While the regulator says it is accepting submissions on its plans, OSFI says barring something unforeseen the new rules will be in place for uninsured loans as of June 1.

Known colloquially as the "stress test," the rules came into force in early 2018 and had the effect of cooling down what was at the time an overheated property market — although after they were announced in late 2017, there was a flurry of last-minute buying by people trying to get in before they would be locked out of buying.

Once they were in place in early 2018, the frenzy died down.

While there are a number of different facets to the rules, officially known as the B-20 Guidelines, they boil down to essentially one principle: would-be home buyers would have their finances tested to see if they could cover their mortgage payments should rates rise much higher than they were at the time they signed up for the mortgage.

The testing bar was set at whatever was higher: two percentage points over the mortgage rate they were offered, or whatever the average five-year posted fixed rate is at Canada's big banks.

Functionally, that five-year average rate has been the bar that most uninsured borrowers have been asked to meet, since market rates have been much lower than two percentage points below that level for almost the entire period of the stress test's existence.

A look at the numbers

Currently, the average posted five-year big bank mortgage rate is 4.79 per cent, but it's not difficult to find a loan at about half that rate, a little over two per cent, by shopping around.

A look at the numbers shows how easy it is to get in over your head.

That's an increase of almost 35 per cent to a borrower's monthly budget.

If the numbers show that a borrower's finances wouldn't be able to withstand a significant rate hike, the borrower fails the stress test, and a lender isn't allowed to lend them money.

The banking regulator was looking into perhaps setting some other sort of benchmark for the stress test prior to COVID-19, but the pandemic shelved those plans.

In addition to the higher rate, OSFI also says it plans to "revisit the calibration of the qualifying rate at least once a year to ensure it remains appropriate for the risks in the environment."

The move by OSFI comes as the average price of a Canadian home rose by 25 per cent in the year up until the end of February.

That's prompted a flurry of calls for policymakers to step in again to make sure borrowers aren't getting in over their heads.

"The current Canadian housing market conditions have the potential to put lenders at increased financial risk," OSFI said in a statement Thursday. "OSFI is taking proactive action at this time so that banks will continue to be resilient."

While the banks' goal is to ensure the stability of the system for banks, not for borrowers, James Laird, co-founder of Ratehub.ca and president of mortgage brokerage CanWise Financial, says ultimately the move may be what's best for homebuyers, too.

"In the near term, this change will make it more difficult for first-time homebuyers to qualify for a mortgage," Laird said, adding that the move will have the effect of lowering buyers' purchasing power by about five per cent once it's in place in June.

"However, if this policy has the desired effect of slowing home value appreciation, it may be a good thing for first-time homebuyers in the long run."